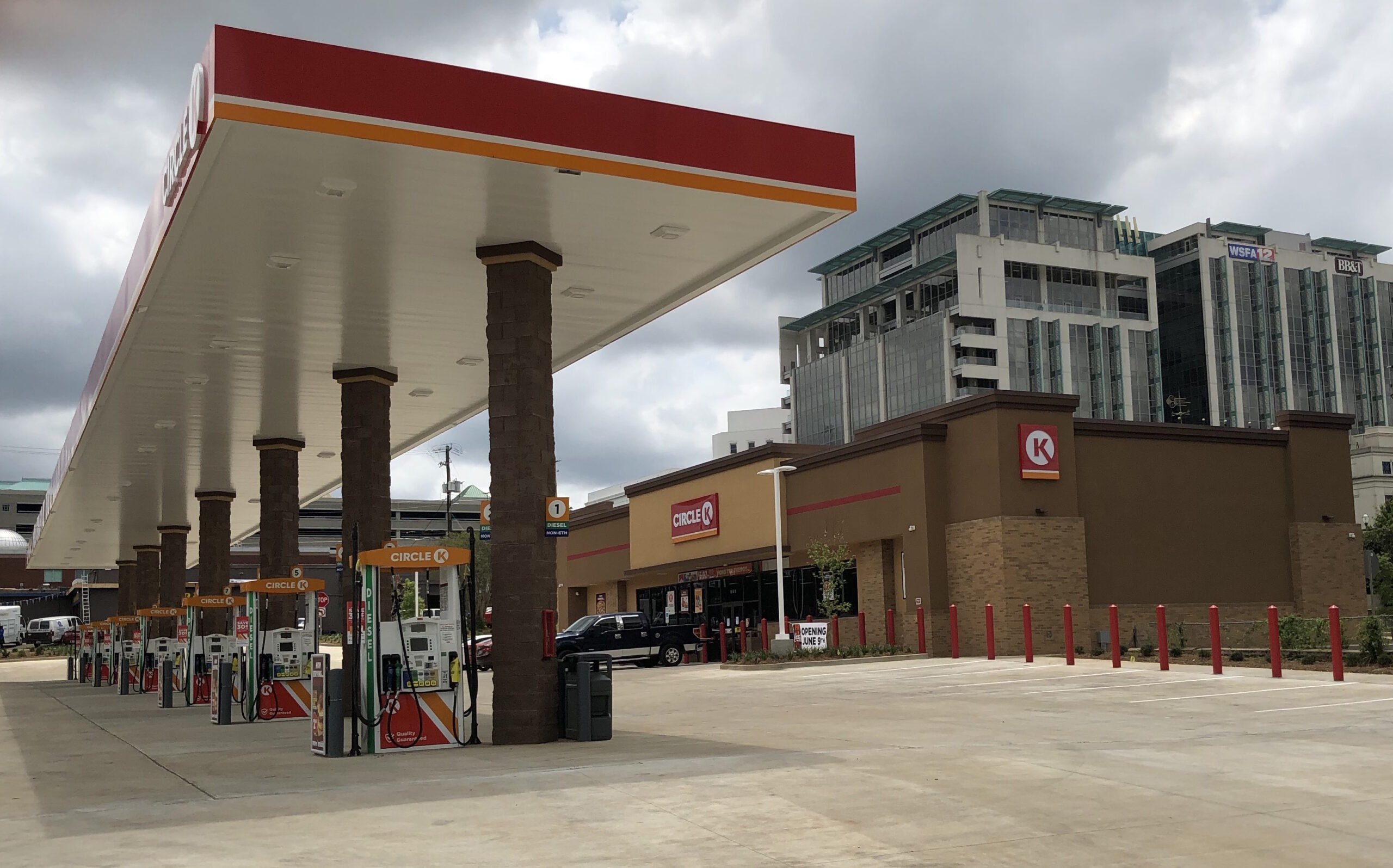 CHALLENGE   Marketing a multiple parcel site in the heart of downtown Montgomery, Alabama.  Each lot had ongoing businesses with the largest parcel being an outdated car wash owned by the client/seller.  The challenge was three of the four lots were easily marketable, but the largest piece in the middle was landlocked and occupied by an obsolescent car wash. A plan was needed to accomplish the sale of the entire parcel and not allow the overall parcel to be “cherry-picked”.

ACTION   Seller called John Mottram to get his recommendations.  With John’s development experience, he recommended the property be marketed as a single site to national retailers as opposed to what all other brokers were advising, which was to subdivide the properties.  John recognized the opportunity and quickly engaged an engineer and developed a master plan.  He approached national tenants who he thought would be interested in this rare commercial lot in downtown Montgomery, while simultaneously meeting with city officials to get their guidance and gain their support for the eventual development.
RESULT   Within 30 days of the commencement of the marketing campaign, John procured a purchaser and had a well-negotiated Letter of Intent signed by Circle K, Inc., a $55 billion dollar C-Store operator. The results were: TESTIMONIAL “ After owning an entire commercial block in downtown Montgomery for 40 years, I wanted to maximize the property value so I could retire comfortably. I liked John’s vision for this property and thought his marketing plan would produce the best results.  The property was hindered by zoning, environmental, and timing issues involving on-going businesses.  Mottram’s development experience was extremely beneficial as he worked through the LOI phase, city planning, final purchase, and sales agreement.  Though it was very involved, Mottram advanced the process until it was sold.  I was very pleased with the results and would highly recommend SVN|JJ Mottram”.    R. Johnson